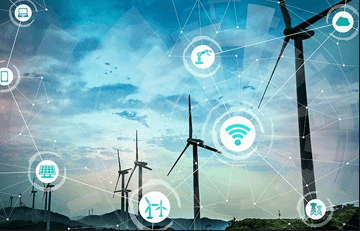 Comparison between micro-inverters and string inverters

Easy to install and use

The advantages of a string inverter

There is certainly a lot to like about micro-inverters, but when might it be better to use a traditional string inverter?

1.      A string inverter is one connection point, so set up is very straight forward.

2.      When a microinverter fails, you will likely have multiple devices to replace, so this can be a hassle or an inconvenience.

3.      When you’re dealing with only one mounting plane or direction for your array, a single phase, string inverter is a very solid choice.

When to choose a micro-inverter based PV system

There are certain instances where you will definitely want to use a micro-inverter based system.

1.     The advantages of a micro-inverter set-up come into play especially when you have a system that contains multiple roof angles and possible shading as this will increase overall system output and efficiency.

2.     The second scenario is when you plan on expanding (adding panels) your system. In this case, adding extra panels and micro-inverters will be more economical because a string inverter is sized to the total system size, so can only be upgraded to a certain point before a larger or second string inverter will be required.

Next Level Energy
5.0
Based on 10 reviews

P B
23:52 04 Nov 20
Ryan was beyond helpful and went out of his way to make sure that everything was perfect! He was here to clean my solar... panels but took the time to clean the gutters while he was here! The panels look amazing and are more efficient. I don't write a lot of reviews but was so blown away by his energy and willingness to go above and beyond I wanted to share the experience. Thank you Ryan!read more

Nancy Sims
22:08 03 Nov 20
Ryan sold us our system and has been assisting us ever since. He responds promptly when contacted and does follow up to... make sure your question is answered. He is full service....even cleans the panels. Always on time. Polite with a great attitude! No one better to deal with.read more

Marilyn Cooley
02:47 29 Oct 20
Ryan came by yesterday and asked if I would like to have my solar panels cleaned. I immediately said yes as I knew... they needed it. He did a great job, he is truly professional. Not to mention that he is a very kind and nice guy. After he left I discovered that my TV no longer worked so I called and asked him if there could have been something that was disturbed during the cleaning. He offered to come back and check for me. When we could not find any problem outside, he came in, moved the TV cabinet out a ways and checked the connections. Turned out the surge protector was bad. What a nice fellow! I would not have figured that out and am truly grateful to him.read more

ThePaldur
14:54 27 Jul 19
Ryan is amazing! Every step during my solar installation, he was in contact with updates. Any question I had, he had a... quick response. Even since the installation he’s been in contact about maintenance and continued support. He even came over and helped out with cleaning the panels almost a year after the installation. He will take care if you!read more
See All Reviews